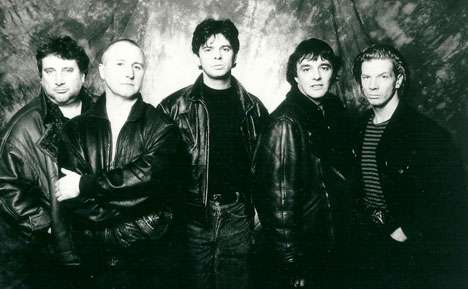 In the autumn of 1990, the Daily Mirror carried the shocking news that Hugh Cornwell, the original singer & guitarist, had decided to leave The Stranglers. Fans were devasted, many believing that this would spell the end for the band…

In 1990, to the outside observer, all seemed well in the band’s ranks and they were definitely having a resurgence. They had released a new album 10 which they promoted with large UK and European tours and even scored a chart hit with their cover of ? & the Mysterians’ 96 Tears. Plans were made for an autumn tour of the States, a territory they were hoping to conquer as their album had been produced in an AOR rock style specifically geared for that market.

Internally, things were less rosy and, during the heavy 1990 gig itinerary, the cracks had started to show, especially between JJ and Hugh. By the end of the European tour, the pair weren’t speaking and they would only play a further three gigs together. The US tour plans were scrapped and, following the now legendary final gig at Alexandra Palace, Hugh announced by phone to his fellow band members of sixteen years that he was leaving The Stranglers. It seemed like the death knell for the band…

Feeling there was still more for the group to achieve, the three remaining members met up immediately and agreed to carry on. John Ellis, long term friend of the band and fellow Purple Helmet alongside Dave and JJ, had already been drafted in to the band as an extra guitarist on all the dates in 1990. He was a ready-made and suitable replacement on guitar.

In the latter months of 1990, the quartet started working on some new material which included the Blade Runner inspired Time To Die and the Amsterdam influenced Coffee Shop (then oddly under the working title of ‘Spag Wes’-short for Spaghetti Western).

The search was on for a suitable singer and word was put out through music business channels. A few name candidates auditioned for the role, notably Ian McNabb (of the Icicle Works) and Boo Hewerdine (of The Bible). Music papers even mentioned Dave Vanian and Joe Strummer as possible candidates. But, it was an unknown singer from West London called Paul Roberts that caught the band’s attention. He even had the audacity to actually announce that he was their new singer when he went to the audition! The band liked both his cocky attitude and his singing style. He was offered the job straight away.

The winter was a busy time for the band and they were writing and rehearsing constantly. They had big plans for their public unveiling as a five piece in the new year and a busy schedule of UK gigs were booked for the spring. At the very end of 1990, the first TV appearance for the mark II band was as a four piece, without Paul, performing Something Better Change on British youth programme ‘The Word’. The news stories and photographic evidence of the new line up finally appeared in music papers in late January 1991.

At the end of February, immediately prior to the UK tour, the five piece made their live debut playing two nights at the 2,000 capacity Rodon Club in Athens, Greece. The setlist consisted of a handful of new songs, some hits and many older classics. 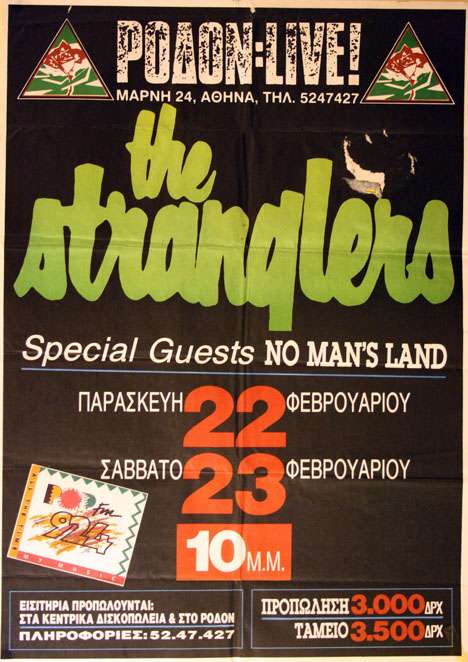 The significance of that pair of gigs seemed lost on the majority of the Greek audience in attendance. They almost seemed oblivious to the personnel changes on stage. Despite having an extra member, the line up felt stripped down as the familiar brass section had gone. The stage dynamic had changed too. Previously, with two lead singers, there had been no particular focal point for people’s attention. Now, a younger and more mobile vocalist moved around the stage, worked the crowd and commanded your attention. At the time, JJ described the new format as ‘a shot in the arm’ for the band.

After the Rodon gigs, the band returned to the UK for what was to be the real test-a tour in front of their own partisan crowd. The Heaven Or Hell tour consisted of 15 dates around England and Scotland with no London date. To keep the tour low-key, the venues were considerably more intimate than those the previous year and the average capacity was around 500 compared to about 2,500 on the 10 tour.

Their debut on home soil was at The Old Trout, a pub venue on the banks of the Thames in Windsor. Eager to check out the band as a five piece, it saw many fans travel from all over the UK to witness the first gig of the new era for the band. As the tour travelled around the country, reactions were varied but mostly very encouraging. Paul’s onstage antics occasionally drew Iggy Pop/Julian Cope comparisons from fans whilst many others loved his dynamic performance immediately. 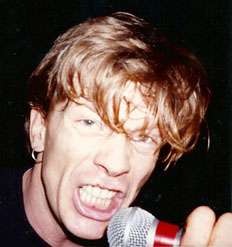 Unfortunately, some fans came to gigs with an axe to grind. Any anger or frustration was solely directed at Paul who coped admirably with the verbal (and occasionally physical) abuse. At the mirror-lined nightclub Goldwyns in Birmingham, some fan insisted on spitting at him during the gig, the band stopped playing and the perpetrator was dealt with accordingly.

North of the border, the Scottish fans took to Paul immediately and the gigs at Glasgow King Tut’s and Edinburgh Venue were packed to the rafters, sweaty and incredibly vocal. On both nights, crowd favourite Toiler was actually drowned out by the audience’s singing!

As the tour reached its finale in Loughborough-of all places- crowd responses had been very positive and an extra pair of dates had been quickly added including the Town & Country Club in North London. As the tour ended, the band were incredibly positive, feeling that they had passed their first real test with flying colours.

They then moved into the studio to start work on recording some of the material which would make up their 11th album, the first for the new line up. They had been very prolific since late 1990 and both Paul and John had contributed songs for the band. As their deal with Epic had come to an end with Hugh’s departure, they decided to release the next album on their own label ‘Psycho’, which would be distributed through China. (This was an area fraught with difficulties and the release of In The Night was delayed until autumn 1992).

In June, the band went back out on the road and crossed the Channel for a nine date European tour. They visited Switzerland, Italy, France and Holland before culminating with a gig at Brixton Academy. In Europe, the venue capacities had remained the same size as a year previously. The brief tour included a couple of festival dates and an amazing gig in the garden of the Palais Royale in Paris.

On their return to the UK, the band travelled to London for a signing session for the Greatest Hits compilation (which was still riding high in the charts) before that evening’s gig in Brixton. Despite some initial concerns about the cavernous size of the Academy, the gig was packed out. This confirmed that the band had held on to their fan base through those uncertain times. 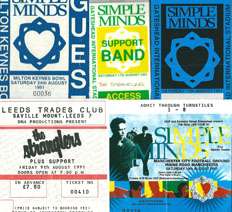 A couple of European festivals followed in July, one in Switzerland and a massive Freedom rally in Estonia to over 100,000 people. In August, following a warm up in Leeds, they appeared as support to Simple Minds for a trio of huge stadium gigs in Manchester, Gateshead and Milton Keynes. Despite it not being ‘their’ crowd, the band went down very well at each of the gigs. The Milton Keynes performance was even broadcast live on Radio 1.

To conclude 1991, the band played two festivals in France and they then travelled to Portugal for a pair of dates in 4,000-6,000 capacity venues where they went down a storm. It was a fitting end to the year.

So, following the departure of their original singer/guitarist Hugh Cornwell, the band had regrouped and reinvented themselves as a five piece. To change a band’s original line up after 16 successful years together seemed to be guaranteed commercial suicide. However, and true to their previous form, The Stranglers had flourished in the face of adversity and had come out fighting. Ever the survivors, Hugh’s departure proved to be the end of one era and the beginning of another…

A full gig listing for 1991 can be found here 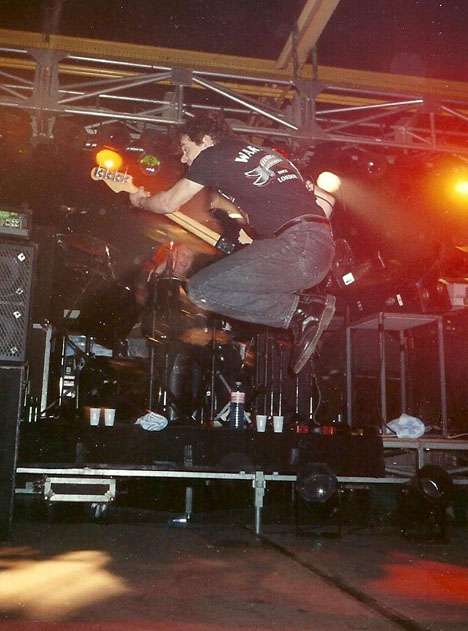