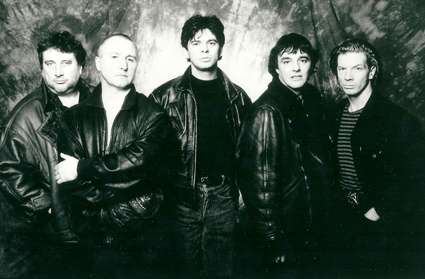 Following part one of our chronological photographic history of the band to mark the Ruby anniversary, we now move on to the years following the departure of Hugh and the arrival of Paul & John. So, here’s part two: 1991-2000:

Following Hugh’s departure the previous August, after a brief period of uncertainty about their future, the band set about regrouping and rebuilding. Initially they looked for a singer/guitarist and auditioned a few possibles, there was even talk of Joe Strummer being drafted in to fill Hugh’s shoes. Soon, the band decided that they would permanently install John Ellis as guitarist following his successful work on the 10 tour meaning that they only needed to find a suitable singer. The search was on… Amongst others, an energetic livewire and West Londoner Paul Roberts walked into the band’s Fulham management offices with a cocky swagger and declared that he was the band’s new singer! He breezed through his audition with a self assuredness that impressed the band and he was in. Mark II of the band was complete… The first acid test would be the reception live and a low key UK tour was booked. Every gig was a sweaty sell out and the band’s confidence in their new form grew by the day. 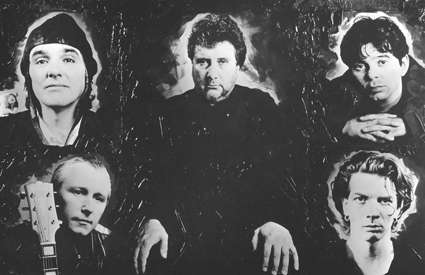 Promo photo collage for In The Night

With the new line up in place, the band immediately set about working on a studio album, recording material that they had amassed since Hugh’s departure with John and Paul contributing songs as well as JJ. The recording process was long and involved, especially as the release would be critical to their survival with the close scrutiny from critics and fans alike. The jury was out! Released in September, the resulting album Stranglers In The Night was well received and was supported by large UK and European tours as well as a trip to Japan, their first since 1979.

The year was spent promoting the album, building on the groundwork of ’92 and touring the world. Clocking up a huge number of gigs, they played two UK tours that year and a French one. They even ventured across the Atlantic for a 25 date North American tour a full six years after their last visit. Due to a bout of ill health caused by inhaling toxic fumes at a London gig, JJ’s friend Keith from Japanese band ARB stepped in for Jet for the complete tour. 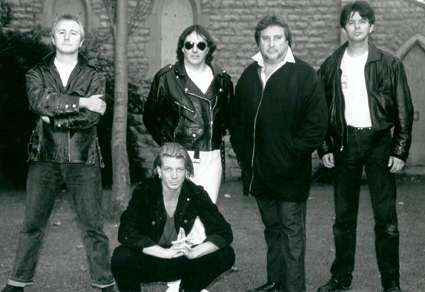 This was a fairly quiet year for the band, much of it spent writing songs for the follow up to In The Night. Gig wise the band only made about 20 live appearances that year and, after two UK tours the previous year, they chose to keep British gigs to a minimum. The brief UK tour had a three date itinerary and was dubbed ‘Bodysearch’ as the audience members were meant to be searched upon entry to the venue as the support act contained real-life prisoners out on licence. 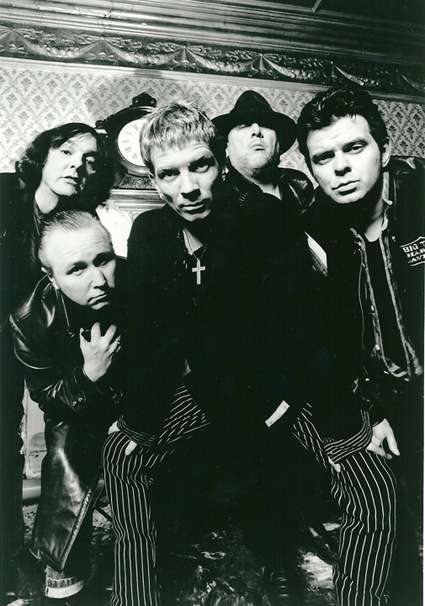 The fruits of the band’s studio labours were released under the title About Time in May and the album’s sound was a far more cohesive and complete affair than In The Night, the collaborative songwriting bearing more rewarding results. After the previous year’s relative live hiatus, the band went back out on the road with a vengeance. Sandwiched between two UK tours, the band undertook a gruelling European trek through October and November. They were joined on the road across Europe by special guests Smalltown Heroes, who hailed from Sunderland and included guitarist Baz Warne, who would clearly resurface later and have a major effect on The Stranglers a few years down the line…

After the live blitz of ’95, the band were again relatively withdrawn from gigging this year. Studio time was booked and work commenced on the next batch of songs which would become Written In Red. The album was a relatively disjointed affair especially as Paul and John had pretty much exclusively taken over songwriting duties, JJ had taken a back seat questioning the direction that the band were taking. The finished album was to be released early the next year but a press launch at Disneyland Paris (then Eurodisney) in December was arranged, including a live showcase of the album in front of a crowd consisting of journalists and a coach load of British fans who had been bussed over from the UK by SIS.

Written In Red was finally released at the end of January, supported by a handful of English live instore appearances before the band headed off to Europe for another mammoth jaunt. In June, the band finally got to play at the Albert Hall in London and were joined onstage by an all female string section, the Electra Strings, performing specially arranged versions of the band’s songs. It was a special evening for band and audience alike and it was filmed and recorded for both CD and DVD release as Friday The Thirteenth. A brief, flying visit to the States & Canada was arranged before the band finished off the year with a full British tour.

The year started off fairly quietly for the band although they played a handful of summer festivals in Europe. Unhappy with the writing situation in the band, JJ had decided to seize the mantle and wrote all bar one song which would make up the next studio release Coup De Grace. Sadly, the songs weren’t fully realised and the album was a bit of a disappointment, generally accepted by fans as the band’s poorest. However, JJ’s passion and drive to write had been rekindled, he just needed someone to write with… The album’s release saw the band head out on a mammoth 26 date UK tour, their longest since the 10 tour back in 1990.

Following some European festivals and a trip to play for the troops in Cyprus and the Falklands, the band played a tiny gig at the Dr Martens store in Covent Garden in London to promote a special Stranglers DM boot. A career spanning greatest hits package was put together by EMI entitled Hits And Heroes and October/November saw the band play another huge British tour to support the release. Outwardly, things seemed to be going well but behind the scenes, tensions were building within the band’s ranks with JJ and John Ellis having a turbulent relationship. The cracks were starting to show-something better change…

Time for change! An offer of a trip to Kosovo, which was an active war zone, to play for the forces out there set the wheels in motion… According to JJ, a last minute demand for danger money from JE sealed his fate and the band decided to contact Baz Warne, the guitarist from Smalltown Heroes, who had impressed them. Rising to the challenge, Baz jumped straight into the deep end and, following some brief rehearsals, the new line up of the band headed to Kosovo. John was out, Baz was in. Mark III of The Stranglers was formed, a line up that would remain stable for the next six years…