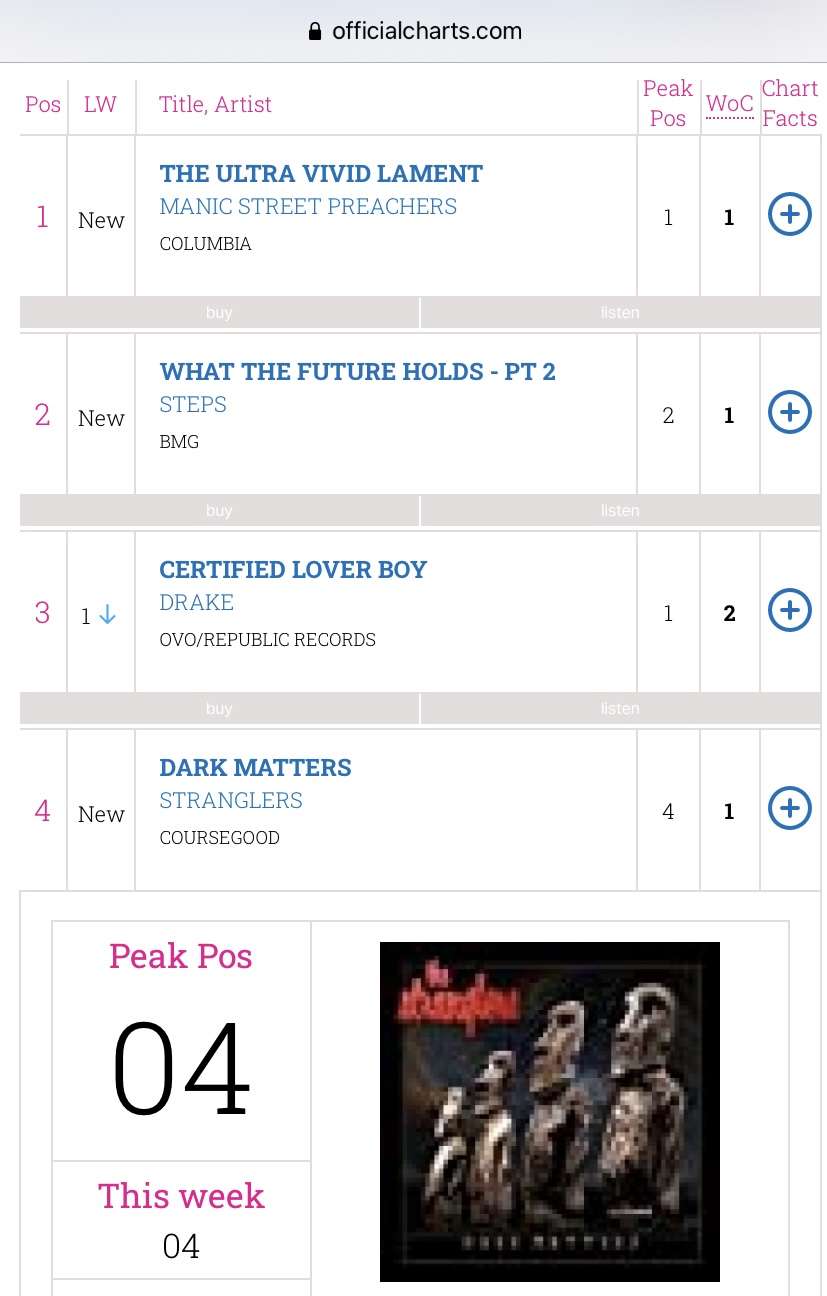 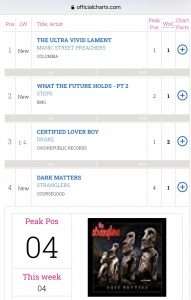 After all the build up and bated breath, the Official UK Chart has just been announced today. Dark Matters charted at an amazing number 4, making it the band’s best performing studio album since Feline peaked at the same position 38 years ago!

Congratulations to the band on such a fantastic achievement against all the odds. It’s been a brilliant campaign with huge amounts of press and a wealth of video content, with track chats, promo videos and acoustic versions.


Thanks also go to Louie for the fantastic job he did pulling the album together in such testing circumstances, Sil and the management team for their sterling work behind the scenes, the Outside Organisation for the PR, Simon for assisting with social media and Phil for the stunning artwork. It’s been a true team effort.

Huge thanks to the fans around the world who have parted with their hard earned money to support the band and bought the album in their thousands.