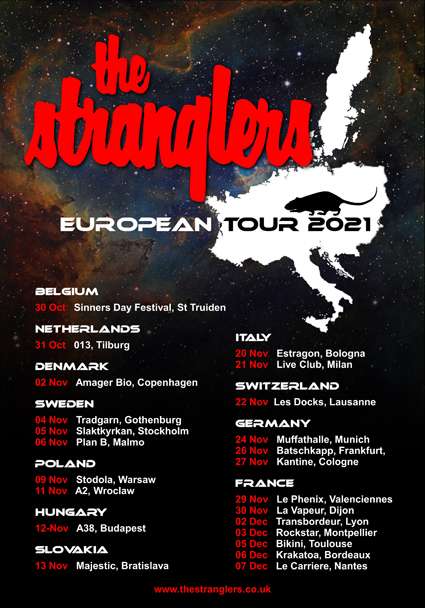 We are disappointed to announce that, due to ongoing local covid concerns & travel restrictions across the continent, we have to greatly alter our scheduled European tour later this year. In discussions with the various local promoters, it was decided that we have no choice but to reschedule the majority of the tour until mid to late 2022 and we will provide details of the new shows later this week. However, it was felt that, with only one border crossing to undertake, fewer entry & exit requirements and having multiple shows in the same country, we would be able to proceed with the French run as planned. The details for these seven shows remain unaffected. We apologise for having to postpone the preceding dates but we feel that, with the concerns expressed above, it would be unsafe for the band, the crew and the fans that the other shows proceed this year. All tickets will be valid for the rescheduled gigs.