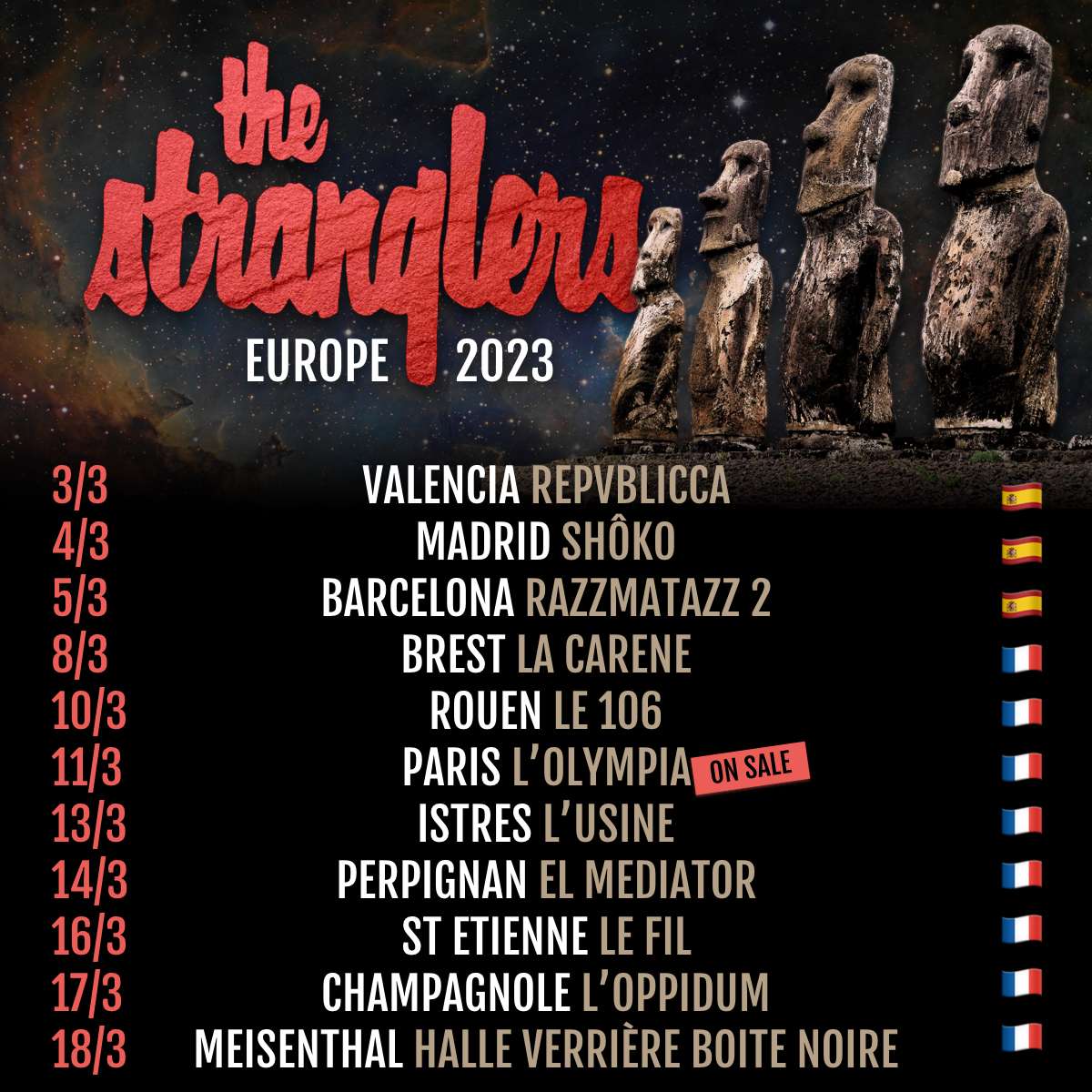 In the spring of 2023, the band cross the Channel for some further European dates, visiting both Spain and France. The March run starts with a trio of Spanish gigs, their first headline shows in the country since the Ruby tour back in 2014, in Valencia, Madrid & Barcelona. They then head north for an 11 date French tour, which includes the previously announced Olympia show in Paris, and calls at some seldom visited places like Perpignan and Campagnole. The full listing of dates is on the tour poster and tickets go on sale this Friday 27th May at 10am CET.