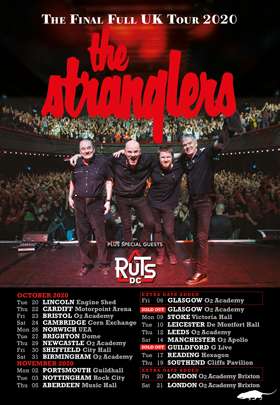 Firstly, a big thank you for the amazing response to the UK tour dates announced recently. The band would like to extend their heartfelt thanks to their fans and look forward to seeing them all on the road in October and November.

Due to the overwhelming demand for tickets, we have already added a second Glasgow show and can now announce a second London gig at Brixton Academy on Friday 20th November too.

Tickets for the extra show go onsale here from 9am on Friday 14th February.