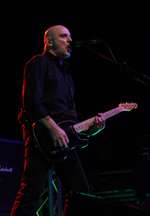 The band have had a busy start to 2011. Soon after completing the seventeen date Black and Blue tour, they travelled out to the Low Countries for a short acoustic tour.

With so much going on with the band, we took the opportunity to interview Baz about this year’s gigs so far before they reconvene for writing and recording…

You’ve just finished the Black and Blue UK tour. The band all seemed to be enjoying themselves on stage following some minor teething troubles in Scotland. How was the tour for you?

Yeah we had a great time, and it was probably the most fulfilling tour for me since we became a 4 piece again I have to say. The first 2 shows were great and then we did have a couple of problems in Edinburgh yeah, but we all rallied around and probably because these things occurred so early in the tour, we felt we’d sort of got all the bollocks out of the way if that makes any sense. We had nothing to promote and so we decided to stretch out a little and play some stuff that hadn’t been heard for many years, if at all, and also some brand new and newer stuff and just mix things up you know? We were enjoying it immensely and I think everyone responded to that and as I said, for me, it was very satisfying to play so well and have it all so well received…and I know the others feel the same.

There was an incident with a shower door in Edinburgh which could have had very serious consequences. Can you tell us what happened?

Ah the shower door yeah…bloody thing. Basically the door wouldn’t close and the bathroom was flooding, so I yanked the door shut and it simply fell off and broke into about half a million pieces…amongst my feet and all over the floor. I climbed up onto the bog seat and jumped out of the door into the room itself, and it was then I realised I’d been cut…blood absolutely everywhere…got a nice upgrade to an executive suite though so you know, it wasn’t all bad…and seeing the look on the night manager’s face was priceless…

As a result, your hand was very heavily bandaged for a few gigs. That must’ve affected your ability to play?

Well if it had been the left hand we’d have had to postpone because I wouldn’t have been able to do it…You need to bend your thumb on your fretting (left) hand. I couldn’t bend my right thumb because of a huge cut right on the knuckle which took 4 days to finally stop bleeding, but because it was my plectrum hand I didn’t have to bend it…it fact we splinted it to keep it straight and help it heal …and once the other cuts further down my hand were dressed and the whole thing was bandaged up tightly it wasn’t a problem really…I was onstage an hour and a half after it happened and I remember thinking when I hit the first chord of the night that it might be a problem but once a dash of adrenaline kicked in it was fine…very sore to the touch for weeks afterwards though and there’s still a tiny fragment of glass in it which is coming out slowly…I can feel it now and my right index finger is still slightly numb, but I’m a big lad…

The accident happened prior to the third gig of the tour. Could your injury have jeopardised the rest of the dates? 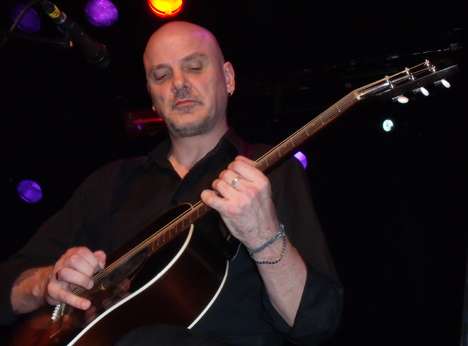 The set saw a radical change from the last tour and this clearly pleased many fans, especially with some of the tracks you selected. Is this level of variation in set list something that the audience can expect in future?

Well there’s no doubt that it was a lot of fun, but also a lot of work went into it too. Playing different stuff is very important, not least to us…but you also have to be motivated, and though I’m not knocking the sets we’ve done in the more recent past, because like it or not there are songs that need to be played and a balance has to be struck, it’s always great to stretch out and show the not so diehard fans, as well as the fans that pray for change, the other side of a musically challenging and very interesting band, and that part of it I guess is for us. There’s so much more to this band than the general public know, but it’s always nice to see so many shit eating grins when we play something like Two Sunspots too…I think a lot of people, old and new, went home happy…

Which of the older songs in the set did you most enjoy playing?

Were any of the older tracks a real struggle to get exactly right live? 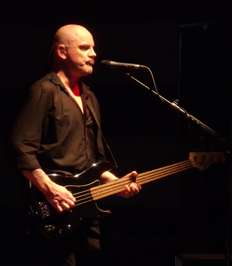 I don’t think so…you tell me…We rehearsed hard and I think the results spoke for themselves… Bordello is a weird one because it’s one of those rare songs that can only really be interpreted properly by the guy who sang and played guitar on it…by virtue of the timing between the delivery of the lyrics and the guitar part, and it was a bit tricky to learn but was also great to play…think I nailed it as well as I could…but there’ll always be the doubters. To me that could’ve been one of Hugh’s finest moments, both vocally and playing wise, and is a superb piece…and to play it and hopefully do it some kind of justice was reward in itself. The keyboard solo is one of Dave’s very best too

It was rumoured that you rehearsed The Man They Love To Hate for the tour but it was dropped from the set list at the last minute. What was the reason it was left out of the tour set?

It just didn’t sound right…we did rehearse it but we felt what we had was coming across better and it was dropped…good song, but everything else was sounding much stronger.

Are there any other old tracks that you’d really like to play live from the back catalogue?

Always loved Hey! Rise of the Robots…and it seems we may get a chance to play that later this year…Ice…Nubiles because it still upsets people… there are loads. 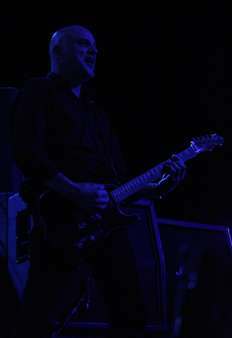 The addition of Wilko Johnson to the bill went down very well and you’re clearly a fan too. Was he a tough act to follow on stage?

Yeah the fans and us loved him, and Norman too…great guys and very influential players and characters. I don’t know that they were hard to follow, because it’s so different from what we do, but there’s a definite vintage and heart warming feel to characters like that, and you simply don’t see that anymore. There’s no one else on the planet can make the sound those guys make, just by virtue of their totally unique playing styles. A joy to watch.

Relentless made a welcome return to the set and went down well every night. Does this encourage you to try other Suite XVI tracks that haven’t had a live airing as yet?

Well we were very pleased with the reaction to Relentless because we worked hard to get it sounding better than it had on previous occasions, and we always stood by the song…I know it’s one of Dave’s all time favourites and it was he who suggested it…There are other songs we’d like to try from Suite 16 yes…Barbara Shangri La maybe or A Soldier’s Diary…we’ll have to see when the time comes.

The tour saw the live debut of new track Freedom Is Insane which got a great reception. On the setlist, a second new track Giants was also shown but it wasn’t actually played on tour. Is it still a work in progress?

Giants is practically finished and we did play it at several sound checks just to keep it fresh and in our memories, but it’s a slightly more laid back and I have to say, beautifully melodic song, even though it has teeth, and it didn’t feel quite right for the set we had in mind. 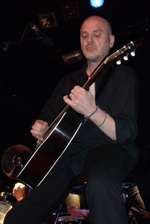 On the subject of new material, how is work on the next album progressing?

Very well…we have some real gems in our opinion…but then I always say that don’t I? Obviously I don’t like to say too much, but I guess it’s no secret that JJ and I have been living and writing in Bath for about a year off and on…I’m heading down there very soon again actually and we’re meeting up to continue, and we have a lot of stuff that’s almost ready to go…we’re excited about starting to record which will be around early May.

Your next gigs saw a return to the Low Countries for an acoustic mini tour. How different is the vibe onstage compared to the full-on aural assault of the Black and Blue set?

Well we’ve just returned from those gigs actually and they were a total blast. Again it’s nice to stretch out and play some stuff that we don’t normally do in places we don’t normally go to, and we had a great time. The places were relatively small in comparison to the Black and Blue tour but really packed. If you play such a laid back set in larger places it loses the intimacy and the vibe, and that’s really what those kinds of gigs are about…sitting on a stool playing an acoustic guitar and drinking some nice French wine with my mates…lovely. And when the songs are laid bare like that it shows what fine songs they are…if they stand up with stripped back instrumentation and still say something you know? Which is the way most of them were probably written anyway…

Neil Sparkes provided percussion on the acoustic dates. Is it strange to have a fifth person on stage having been a four piece for nearly five years now?

Not at all with Sparkes…he’s a great character and has become a very dear friend. He has to be one of the funniest guys you have ever met, and when you’re around him you just find yourself almost constantly smiling…if not totally belly laughing…very educated and smart guy too…but he’s also a fantastic percussion player and drummer and he nails the whole acoustic thing to the floor I think…him and Jet work beautifully together and he has a great understanding of economy…he won’t splatter congas all over the place if it’s not needed.When it comes to the blitzkrieg that’s the electric set though, there can only be the 4 of us…that’s all you need… 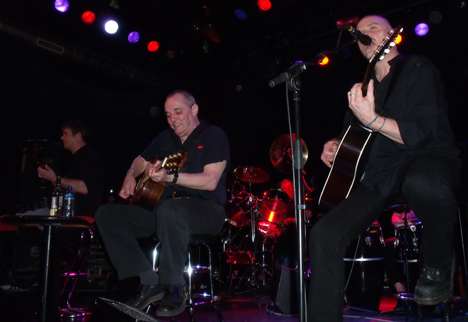 Do you have a clause in your contract with management that dictates that there must be a gig on your birthday?

Haha…seems like it doesn’t it? Nah it just seems to be the way things have worked out over the last few years…March seems to be a good time to tour…Dave’s birthday is only 4 days after mine so if we’re on tour then it’s usually a joint bash we have if the nights off align you know? He just missed his on the last tour as we finished on the 26th…Also Kev our monitors guy is exactly a week older than me and he has his on the 18th…so there are plenty of birthdays on the road these days…Ian Barnard had one in Holland too as his is in early April…one big happy family heheh…come to think of it in the 11 years I’ve been in the band I’ve had 7 birthdays on the road…conclusive proof this band puts years on you…wouldn’t have it any other way…