Dave has always been the band’s enigma, especially as he very rarely takes part in any interviews. Following a period of band rehearsals, we took the opportunity to pose some questions to the keyboard maestro:

Prior to joining the Stranglers, you had been in numerous bands, including Rusty Butler & Credo. When did you first start playing in bands?

I was taught to play guitar at school from an older student and, when I’d learned enough, joined a band with him. He played lead guitar & I played rhythm.

What do you remember about your audition in the house in Chiddingfold?

I remember when I arrived they only had an electric piano. In those days I far preferred the organ as my left hand work on piano wasn’t as good as on organ (totally different techniques). But I was obviously good enough (or the best they’d tried) and got the job.

What were your first impressions of the Stranglers, both as a group and individually?

Can’t really remember except Jet was different to what I’d expected. I’d asked him on the phone why he was called Jet & he said it was because he was the fastest thing on two legs.

In those early days, did you add keyboard parts to existing song structures or did they change to accommodate the keyboards?

To the best of my recollection there were only a few songs I just added bits to (eg Peaches), the rest developed as we practiced them.

When and where was your first gig with the band?

It was a festival somewhere. Can’t remember the name. I think it was pretty soon after I joined as well. (Maybe under a week).

This gig was the Watchfield Free Festival in Wiltshire on Sunday 24th August 1975. It has been previously thought that Dave’s first gig was at the Nashville Rooms, London supporting Viv Stanshall in mid September ’75.

(Note: This detail was verified with Jet who also made the distinction between Dave’s first professional paid gig and the ‘free’ performance at the festival:

Jet: Yes, I had forgotten all about this until Dave reminded me recently.  My recollection has always been that Dave’s first was the Nashville with Viv Stanshall.  However, we certainly did do the festival, and maybe it was erased from my memory because there was never any money involved!  Inwards coming, that is!!

So, I’m happy to accept that Watchfield was the first Dave gig, although not the first ‘professional’ gig.  That would be The Nashville.

My diaries start with 1976, so, just after the suggested date but I have no reason to doubt the date is accurate.)

Many early reviewers drew comparisons with Ray Manzarek yet you’ve always maintained that you hadn’t listened to the Doors before joining the Stranglers. So, who were your main influences?

The only tracks by the Doors I knew were Light My Fire & Riders on the Storm. Before I joined my main influences were probably Jon Lord (Deep Purple) & then Rick Wakeman (Yes).

Critics constantly excluded the Stranglers from the Punk movement because of the presence of your keyboards. Do you feel that your particular instrument set the band apart from your peers?

Yes, certainly. But I considered we were New Wave rather than Punk.

In the mid 70s, would you agree that your keyboards provided a link between the Prog and Punk movements, hence broadening the band’s commercial appeal and widening the potential audience?

Possibly, although our style at the time was definitely nearer Punk & half our material in the early days were covers.

In many early photos, you are wearing a pentagram pendant. What meaning does this symbol have to you?

The Pentagram represents the microcosm (as opposed to the macrocosm). The relation between the self & the universe. I studied (not practiced) the occult quite intensively in those days.

Your distinctive lead vocal style has only appeared on a handful tracks during the band’s career. Do you enjoy singing and do you think your voice will reappear on any new material?

I do enjoy singing occasionally. Although I can (normally) sing in tune I don’t have much tonal quality. As to the future, I don’t know.

From the late 70s and throughout the 80s, you were in one of the most high profile bands on the planet. How did that feel?

We seemed to be very busy then, always doing something, & it became part of life. I definitely enjoyed most of it though.

What are your memories of the Roberts/Ellis era Stranglers? Do you have any particular high or low points?

To me the worst times were commuting daily to London for rehearsals/writing. Knowing when we’d finished I was going to hit rush hour somewhere on the way home.

What do you enjoy most now about being a Strangler?

Playing, without a doubt. 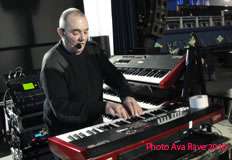 Which tracks are the most challenging to play live and why?

Normally those with very fast keyboard runs or multi bank sounds with constant changes on the keyboards.

Which tracks do you most enjoy playing live?

At what stage in the writing process do the keyboard parts get added?

It has varied over the years. Also track by track, depending on the song.

In the same way as Golden Brown developed, have any songs grown from a keyboard riff in recent years?

Not for a few years.

Do you prefer the reliability and power of modern, digital instruments or the physical ‘clunkiness’ of the old analogue ones like the Hammond?

To me a Hammond is the best. I’m a different person when I play one, probably because of the feel of the keyboard. It’s not the sounds, you can get anything you want from modern equipment, so its far more suitable (and lighter) for touring & especially flying.

Do you still have the Hammond and would you consider using it live again?

I still have an M100 & Leslie but I can’t imagine ever using it on stage again.

Which keyboard that you have used in the past do you miss?

Do you still fly planes?

The last time I flew was with Tony (who taught me) about a year or two ago. My licence has lapsed so I can’t fly solo any more 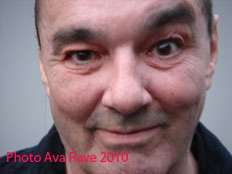 You are always accompanied by your trusty black bag. What’s in it?

Two tracks from Rusty Butler can be heard here and here featuring a pre-Stranglers Dave from late 1973. His keyboard style stands out a mile…

Thanks to Dave for his time during the busy festive period.

Thanks to Damian Franklin and Rob Sheridan for additional questions 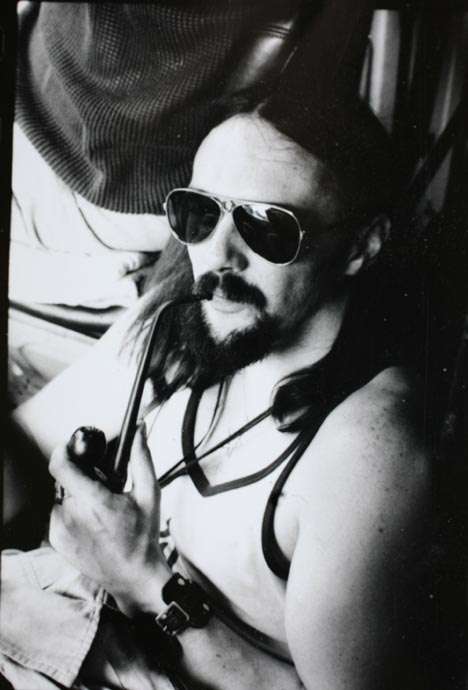