Ten years after Euroman had departeth, JJ stepped back onto the stage as a solo performer to promote the release of his album Un Jour Parfait.He played a lone pair of gigs in France in Spring ’89.
The concerts had a European theme as he was joined onstage by various friends and colleagues for these unique dates. 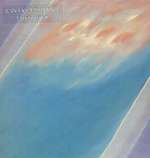 Back in 1988, there was quite a buzz about JJ Burnel across the Channel. His second solo album Un Jour Parfait had been released by Epic to critical acclaim in France. Although its release had been limited to certain territories, due to its predominantly French lyrics, the album was easily available in the UK as an import.

There was a packed press schedule to promote the release. JJ had made several prime time TV appearances performing Le Whiskey as well as being interviewed for radio. A promo video was also made for Reves and numerous magazine pages had been devoted to the project. 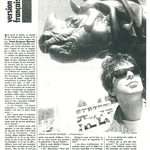 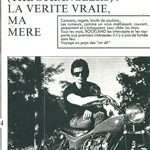 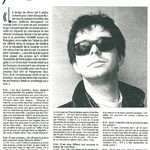 Surprisingly, especially considering the lack of Stranglers activity in late ’88, JJ hadn’t decided to support the album’s release with a French tour. However, a pair of gigs were subsequently booked for him to play in April 1989. They would be his first solo dates since the Euroman Cometh tour a decade earlier. 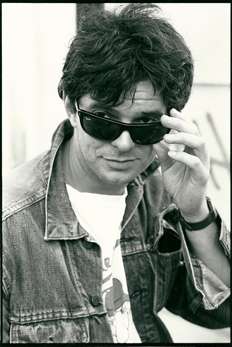 The main event would be an appearance at the ‘Les Printemps Du Bourges’ festival in Bourges in the centre of the country. This was a high profile, week long event featuring many artists performing in different venues all over the town. Securing a headlining performance in one of the biggest venues was quite a coup. A warm up date was booked for the preceeding night at the oddly named Le Truc(k) in Lyon. It was a venue that had already played host to the Purple Helmets in January of ’89.

JJ had decided on a ‘European evening’ format which would feature a total of four artists utilising the same backing band. Firstly, there was Mona Mur, a German singer whose album JJ and Dave had played on as well as JJ producing. Secondly, Belgian band Polyphonic Size with whom he had been collaborating since the start of the 80s. Next would be JJ himself perfoming the Un Jour Parfait album both in sequence and in its eleven track entirety. To close the gig, the R&B side project, the Purple Helmets, would take the stage for a handful of tracks.

The backing band would feature Dave Greenfield on keyboards, Alex Gifford on bass, guitarist John Ellis, an additional keyboard player Lol Turvey and a young drummer called Jason (his second name has been forgotten over time). Once the Helmets took the stage, JJ would return to bass duties and Alex to his sax.

The warm up gig was in a medium sized venue on the outskirts of Lyon. The stage had been decked out with a couple of large, hanging European flags to underline the Euro-phile theme for the evening. A capacity crowd packed into the venue including a handful of British who had travelled over for the pair of gigs. 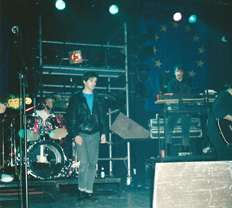 Five song sets from both Mona Mur and Polyphonic Size flew by quickly and the anticipation really started to build once the delicate strains of the intro to Un Jour Parfait theme commenced. JJ then appeared during the rousing start to Si J’Etais He seemed quite pale and nervous, later confiding that he felt lost without his bass to hide behind. In particular, he didn’t seem to know what to do with his hands during the gig…

JJ and the band faithfully reproduced each of the album tracks in order and Alex proved to be a very competent bassist indeed (later to be demonstrated on his Propellerheads material). Halfway through the set, they were joined onstage waiter-style by a well known roadie (now manager!) who was carrying a tray with a bottle of Jack Daniels and a glass. JJ picked up the bottle and poured out the JD in front of the mic introducing the single Le Whiskey perfectly. It was a lovely touch! 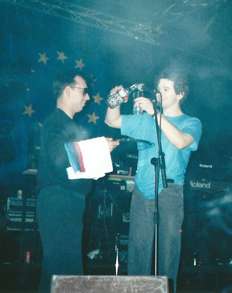 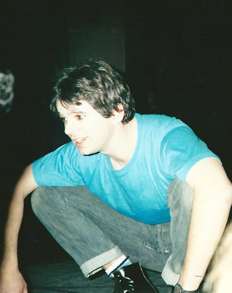 The set highlights were Si J’Etais, Via Dolorosa, Le Whiskey and the album title track itself-all of which were delivered powerfully. All too soon JJ sang his final Reves vocal, waved goodbye and disappeared from the stage as the band ended with Waltz. 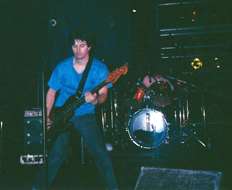 For the encores, they returned in Helmets-mode and JJ seemed a lot happier with a bass in his hands. A short quartet of familiar Helmets’ R&B covers was despatched efficiently and they left the stage for the last time. Despite rapturous applause, and numerous shouts for various Euroman tracks from the Brits, they sadly didn’t return.

It was an incredibly memorable gig and the format had worked very well. One initial concern was that the keyboard-orientated album would be hard to reproduce live. With the addition of an extra keyboard player, the tracks had all been played perfectly. Finishing on a Helmet high was good foresight too as Waltz would have been a strange track to close the gig with.

The next night was a far bigger deal. The venue was full to its 2000 capacity for the European evening of music from JJ and friends. Although the set and performances were as good as the previous evening, the whole gig seemed less memorable than the Lyon show.

The Bourges audience seemed to mostly consist of locals attending the gig as it was simply part of the festival rather than for any real desire to see JJ. The Lyon gig had been the opposite- the crowd was solely there for the concert and it showed in the atmosphere and crowd reaction. 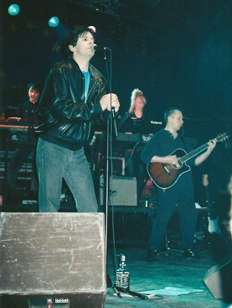 It was a real priviledge to witness this pair of gigs, especially as they have been, to date, the only live performances of Un Jour Parfait material (except for the occasional outing of the beautiful UJP theme at some recent JJ gigs). Luckily both gigs were bootlegged and recordings are available…

Hopefully, in the future, more of these great tracks will be revived and receive the live airing that they deserve… We can but hope (hint hint Monsieur B!!!)

The Bourges programme, if a little numerically inaccurate, summed up the gigs nicely with the words:

For one day, one only, a perfect day.