At the end of a successful European tour promoting

Black and White, the band arrived in Portugal for the final date of the tour. For various reasons, things didn’t go according to plan that day and events turned sour… 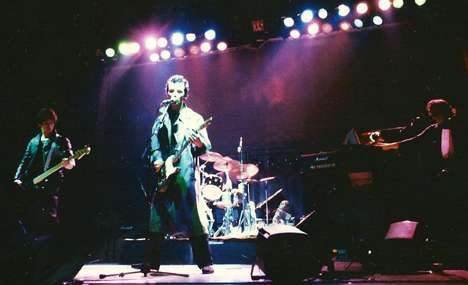 During the summer of 1978, The Stranglers undertook a gruelling tour across Europe to promote the Black and White album, with 999 as support. The tour schedule snaked through Belgium, Holland, Germany, Austria, Yugoslavia, Italy, Switzerland and Spain along the way. It was due to culminate in a sold out date in a sports stadium near Lisbon, Portugal, which was by far the largest gig of the tour. 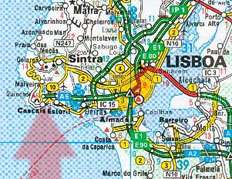 For various reasons, things didn’t go to plan for that final date of the tour and the gig had to be cancelled at the last minute.

This late cancellation enraged the assembled thousands who rioted, causing huge amounts of damage to the venue, tour vehicles and equipment.

It was summer 1978 when I flew out to Zurich, Switzerland to join my boyfriend Dil on The Stranglers’ Black and White European tour. Dil was the sound engineer for The Stranglers’ support band ‘999’ and had asked me if I would like to join him on the final leg of the tour, with the two bands travelling through Switzerland, France, Spain and Portugal. I was a student on summer holiday from college in London and was more than happy to grab the opportunity to travel around Europe for free and in such illustrious company!

I remember arriving at the Nova Park hotel in Zurich, which seemed to me the height of luxury, and thinking ‘Wow! I have arrived!’ That night I went for the first time to see 999 and The Stranglers perform and was blown away by the power of the music and the energy of the audience – this was the punk era and the audience went wild pogoing through the night.

After the gig, the road crew packed away the gear and early next morning we set off on the tour bus heading across France to Spain. Two gigs in Barcelona and Madrid on the way went without incident. Finally we arrived in Portugal where our destination was Cascais near Lisbon. We were all particularly looking forward to this gig since live rock music, due to state censorship of the arts in previous years, was a rarity if not non-existent in Portugal at that time. The venue had sold out of the 12,000 tickets and we knew that the newly liberated, devoted fans would be travelling from all over the country to see them. It was to be a fitting finale to the European tour.

Following three hugely successful weeks touring through Europe, the tour party eventually arrived at the hotel in Lisbon and we spent the afternoon lounging around the pool relaxing, but at the same time feeling rather uncomfortable that we were being closely observed by the armed security guards in the hotel. It was our first experience of a heavy handed presence – an indication of the leftover military regime that some three years previously had been overthrown in the ‘Carnation Revolution.’

Next morning I went with the crew to the evening’s venue – Cascais Sports Stadium – to begin setting up. From the outset it was obvious there were problems. The stage wasn’t big enough. The power supply was inadequate and the Portuguese workmen, who were supposed to be helping the crew set up, didn’t understand English. On top of this, there was no sign of the venue’s German promoter. Despite attempts to resolve the situation, these concerns continued throughout the day into early evening, until, after a lot of discussion, the very difficult decision was reached to cancel the gig. Reluctantly, the crew started packing away the gear. 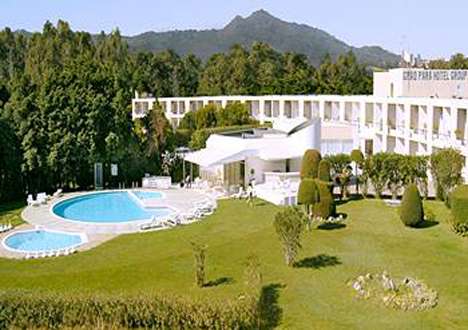 By this time of course thousands of Stranglers’ fans had gathered outside the stadium in anticipation of seeing their favourite band perform live for the first time in their country. When they realised that the gig had been cancelled and the lorry started to drive the gear out of the loading bay, the angry, waiting crowd suddenly erupted and started throwing rocks and stones. The lorry was badly damaged and its windscreen smashed.

It was now 7pm when the doors were due to open. There were about 8,000 noisy, angry fans had gathered at the front of the stadium. We sensed that things were going from bad to worse and that it may turn into a riot. We realised that there we were in a potentially very dangerous situation. The German promoter, who’d turned up by this time, ushered the rest of us back through the stadium to the rear entrance, where we were told it would be safer to exit the building.

We emerged from the stage door of the stadium onto a football pitch and an expanse of open countryside! Where we were supposed to escape to I have no idea! As we started walking cautiously to the left of the stadium, we suddenly became aware of literally hundreds and hundreds of Portuguese fans emerging from the right hand corner of the stadium flooding onto the football pitch chasing after us. Suddenly the air was hail-stoning bricks, stones, pieces of wood, anything they could get their hands on. Dil told me to keep calm and not to panic – that if we started running we’d become a target. But as everyone else had started hot footing it away from the pursuing crowd as fast as possible, we got caught up in the panic. We were absolutely terrified.

We ran as fast as we could to the farthest side of the pitch where we reached a 10 foot wall. Everyone started climbing and scrambling over the wall. Dave, the manager of ‘999’ picked me up and literally threw me to the top of the wall. As I began the descent to the other side, I turned my head to look behind me and as if in slow motion I saw Dil receive a brick to the back of his head and fall to the ground. Then I was the other side of the wall and everyone was dragging me away, whilst the deluge of debris continued to rain down on us.

On the other side of the wall was woodland! We ran through the trees, the fans still in hot pursuit. At this point I was not only worried sick about what had become of Dil but had also began to think that I was going to be raped and murdered – it was surreal, like being in a nightmare or a scene in a horror film.

After what seemed an age, frantically running and stumbling through the trees, a group of us came upon a lone bungalow in the woods and ran for refuge in through the gate to take shelter in the porch. The stones continued to be hurled at us and at the house, smashing the windows. The fans just kept pelting us with as much ammunition as they could find. We thought there was no one in the house and that we were trapped. But amazingly, after some time frenetically banging on the door, the petrified residents finally opened their front door and let us in. We managed to communicate our predicament, the police were called, the riot subsided and the fans eventually drifted away.

An unused ticket for the Cascais gig

We were taken by police escort back to our hotel where The Stranglers’ manager told me that Dil was in hospital, but that he was ok. I just burst into tears with relief. The mob had reached him lying on the floor after the brick had knocked him unconscious and when they realised he was bleeding carried him back across the field to the stadium, where an ambulance was called and he was taken to hospital. A strange, humanitarian gesture in the midst of such a volatile and violent  episode.

The manager drove me to see him straight away. I walked into the hospital ward and there was Dil with his head wrapped in bandages – cartoon style – in shock, with 14 stitches to the head – but otherwise in reasonable spirits. The German promoter had fared worse with 8 broken ribs – it was never discovered who had administered the beating. Everyone else in our group had incredibly escaped unhurt and returned safely to the hotel. I later heard that the The Stranglers’ manager and the lighting technician had escaped on a pony and trap carrying apples, hidden beneath a pile of sacks!

The fall out for The Stranglers was very negative. Rumours circulated that the band, who had quite a nefarious reputation anyway, had beaten up the German promoter. It would be quite some time before agents, promoters and record companies would allow the band back onto the European circuit.

For me, it was an unexpected and dramatic conclusion to my summer holiday. Touring with The Stranglers on their Black and White tour had been an unforgettable and astounding experience – and one I felt very lucky to have survived at all.

The Cascais of the tourist brochures…

The band’s tour manager for the Black and White European tour was Eddie Kleinman who also remembers the event well:

The audience had ccme from all over Portugal. They weren’t getting much live music so there was a very large crowd gathering outside early…

The roadies had set up the stage but there was very little power. We had enough time to get it plugged into the street but both the promoter and the folks in charge were very reluctant. As the crowd grew larger, the more restless they got. 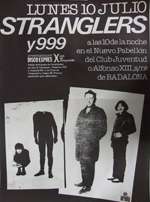 When we arrived, we could feel the tension. Even though it looked like theshow was not going to happen, we tried for a soundcheck anyway but there was not enough power. So the decision was made “let’s get out of here”. We had the trucks brought in to get the equipment out and we got out the back door and ran. The crowd saw some of us running and the chase was on. The trucks got away. We all split up and headed for the streets around the venue. I don’t remember who was with me, but a few of us were being chased and we went into a house, closed the door and you could hear rocks and bottles hitting the door as we shut it behind us.

Now picture this, three or four out of breath, sweaty folks with long hair, our backs to the door, looking straight at a family all sitting around a table having dinner with a look of shock on their faces.

We told them our story and had them call the police who arrived and took us back to the hotel which was on a mountain top above the town. When we got back, I was concerned about our guys and the police out looking for as many of them they could find. Everyone got back safely, although there were some injuries.

I remember the promoter coming to the hotel and I’m not sure who hit him but one of the crew or band punched him out and we all were very happy about that.

Thanks to Maddy for such an informative eyewitness piece and to Eddie for his recollections of the event. It must have been a very scary place to be that day…

As a footnote, the band eventually made a successful return to Cascais in late September 1979 when they managed to play a gig! They also took the opportunity that the landscape provided to film the promo video for Nuclear Device in a nearby location on the same trip…

With thanks to Chris Twomey and Ava Rave 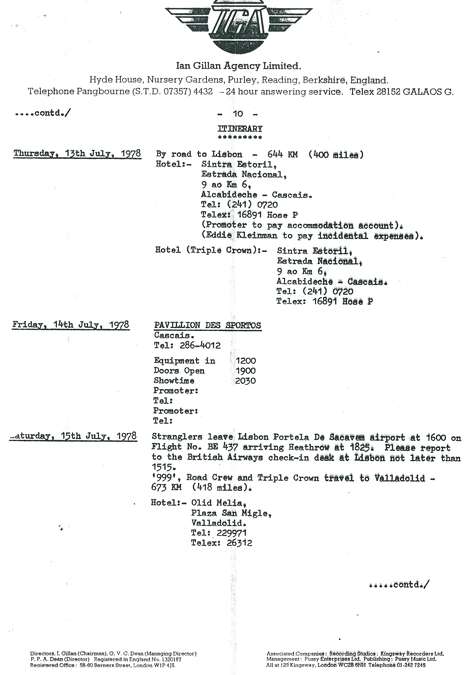