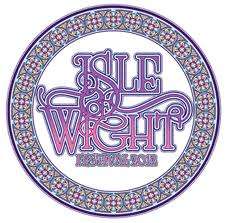 Despite torrential rain, queueing ferries in the Solent and and island in total traffic gridlock, the band still managed to play their 75 minute set to a packed big top at the Isle Of Wight festival last night.

Their set was captured by Sky Arts (channel 129)  who broadcast three tracks Boom Boom/Always The Sun/Golden Brown this evening.  The footage is available through the red button on the channel too. Apologies for the late notification but confirmed broadcast details were not available previously.