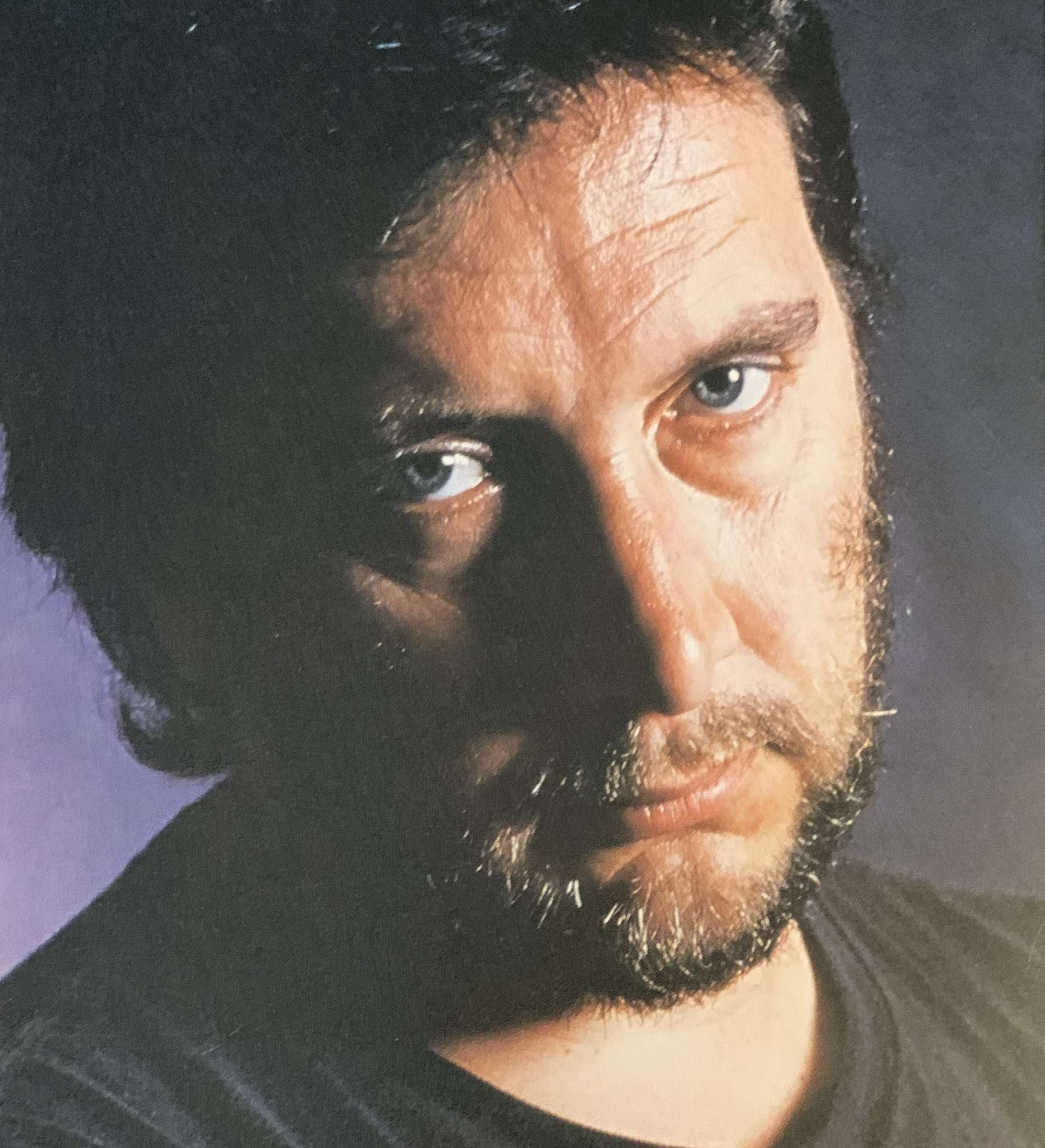 During a break in preparations for the Sligo gig, we took the opportunity to ask band founder Jet a range of career-spanning questions. As has become customary, his answers are both interesting and insightful:

The band has just celebrated its 36th anniversary. Did you envisage the group continuing for this period of time when you started the journey in 1974?

That’s a nice easy start, no.  If you think about it, you could say that 100% of my/the band’s career was a complete unknown at the start of it.  So I might have needed to be Merlin to have seen where it was all going.  The truth is that it was no easier to see where it would all be by the end of the week than the end of nearly four decades.  If you add the fact that I had no experience of creating a career in music either, then you might have said that I was actually quite mad, and many did.

interests to form the band. Personally, did this feel like a rebirth or catharsis?

No, it never occurred to me to think about it in those terms, but I was kind of…..buzzing….buzzing with eagerness and a huge amount of naivety it must be said.

In those formative days, did you ever question that you had made the right decision to go with music rather than stay with your businesses?

No. Once I had made the decision, and then the commitment, I then pretty much burnt my bridges, there was no turning back. I told myself that one way or another I was going to succeed. Now, there were many, many problems, but my thoughts were focussed on how to solve them, not on questioning whether I had made the right decision.

From the very early days, you have kept newspaper and magazine cuttings about the band in your famous chronological scrapbooks. Do you still keep them up to date and do you have any plans to use them in any projects etc?

Yes.  They are up to date, full stop.  These days however, you will be aware of the decline in printed material for all the same reasons which have affected so many industries, like film, music, publishing and to some extent TV as well.  The plain fact is that the traditional press cutting, is shrinking in the face of the internet onslaught.  As for future projects, the archive is rarely out of consultative use.  There are a number of projects afoot to which the scrapbooks are a rich source of reference.

Would you care to expand further on these ‘projects’?

Well, there are a number of books being researched and/or written, by a few people including myself. I’m not going to expand on that just yet because these things always take much longer than you expect and I don’t want to invite a whole lot of questions – well meaning though they will undoubtedly be – which can’t yet be answered.

Looking back 30 years to your annus horribilis, 1980, how did you manage to remain positive in the face of such adversity?

Well the “a.h.” you refer to, was only a re-run of the earliest couple of years, so you could say that adversity was our forte.  It was perhaps our metaphorical ‘1st gear’.  I think you will find that anyone with a 36 year career will have had to work his/her way through the gearbox many times.  Life just doesn’t come up roses all the time!  So the options were always going to be, ‘beat it’ or ‘give up’.  I’m pleased to inform you that no-one in, or associated with the band, has – to my knowledge – any notion of giving-up.

Glad to hear it! Do you feel that those hard times made you stronger as a group & more determined to succeed?

Absolutely no doubt about that. In this game you need to have a very thick skin, a lot of luck but above all, determination. If you’re not hanging together as a group and determined, your chances are slim.

Do you feel that some of the problems you experienced in that period were attributable to your highlighting/publicising of the Meninblack phenomenon?

Well at the time, we certainly did think so, but in truth I really don’t know.  The older I get, the more imponderables there seem to be.

You were the most vocal in the band about UFOs at the time. Are you still a believer?

I hope I don’t believe anything, a dangerous credo. I accept that UFO’s are a possibility, so therefore I have an open mind about it.  What is quite clear though is that the phenomenon is no less significant to-day.  Once, you were considered a nut if you displayed any interest in the subject, but these days, my understanding is that those interested, are actually the majority.

Do you think that the UFO phenomenon has lost a lot of its plausibility since the exposure of crop circles and other hoaxes?

No.  There are hoaxers everywhere, so the esoteric world would be no different in my estimation.  You wouldn’t dismiss Darwin because of the Loch Ness Monster! To me, it just isn’t logical to reject the possibility of UFO’s because of the activities of a couple of cider drinkers in the west country.
It’s like saying ‘there once was a man called Jesus Christ’, and ‘he was the son of a god’. All of it may, or may not, be true, but it is actually two entirely different questions.

The band has a vast catalogue of diverse music to its name. With hindsight, which is your favourite album and why?

I often get asked that one, the usual answer is ‘The Raven’.  Reasons are, or were, that at the time we started that project, we pretty much had a clean sheet.  The end result, and the processes which got us there, was quite – certainly at the time – edifying and enjoyable.  Not so much that the others weren’t but that it was a kind of career landmark.  Maybe, in the light now of so many albums, I should review that, until then……..it’s ‘The Raven’!

With regards to the song writing process, do you normally add your beat to a partial demo or do tracks tend to develop from a particular rhythm you supply?

I can’t off-hand, think of one that follows the latter scenario but rhythmic developments usually emerge alongside the birth of a new melody.  Sometimes it’s instant but then there are occasions when it just takes forever.

It ought to be Genetix – that’s the most complex – but it isn’t, not for me at least.  That one just trips of the tongue so-to-speak.  Mind you, I have yet to meet the drummer who can play it…………the way I do, at least.  It’s not that it’s easy either, quite the contrary, it’s the most complicated rhythm I have ever fashioned, for sure, but it comes to me easily.  It’s all about balance. Most people wouldn’t appreciate the part ‘balance’ plays in a drummer’s life.  If individual beats a drummer is playing, are spread equally around the kit, it will ‘feel’ comfortable and play easily.  At other times, not so.  On some rare occasions you can come close to feeling you are about to come toppling off the drumstool, that is really un-nerving and makes the whole thing more difficult.
So the most difficult is possibly ‘Sewer’ but not all of it.  That one isn’t so much complicated, it’s just the speed of the thing.  It was a bit easier in  earlier years, if you know what I mean, but achieving precision on that, and I’m only taking about the end bit, with all that stuff that’s going on, is a challenge!

Recent years have seen the band play many huge festivals culminating in Glastonbury this year. Do you feel finally vindicated to play this sort of event?

Mmmmmmm.  Not sure about that one.  Vindicated from what?  Exclusion perhaps? I can’t think of a “sort” of event we haven’t done.  It would be true though that Mr Eavis has never wanted The Stranglers to play his festival, at least that’s what I have been told.  Not sure I understand why, and not sure why it all turned out differently this year.  Having now done the gig, I’m not sure what Mr Eavis now thinks.  So, let’s just say the whole thing is a mystery.

Glastonbury had been the one that had eluded you for many years. Did you feel you had achieved a personal goal to play it or was it just another festival appearance?

Well not really, we had long ago given up on the idea of doing Glastonbury. Our policy has always been to forget about the people who don’t want us, there are plenty of other people who do. So, when the request came, we were happy to turn-up and we really enjoyed it, as-it-happens. In that sense, it was just another festival, but I’ve lost count of how many festivals we have done over the years, it must be in the hundreds.
Of course originally, there was no ‘Glastonbury’, it was the ‘Pilton Pop Festival’ (many people have probably forgotten that) and it was that event, allegedly, that Mr Eavis didn’t want us to play. Back then, ‘Glastonbury’ – as we know it – didn’t exist, so I guess that turns the whole thing on it’s head!

Do you still have any un-achieved ambitions for the band?

I think I would like to do a collaborative thing with a brass band, just because the whole idea sounds nuts.

Could you expand on that?

I have this feeling that you could use a brass band not in the traditional way, but more of an added flavour and I’m not talking albums here, just the odd track or two maybe.  That might be interesting, both to create with and hopefully listen too.

In the last 36 years, what have been your own personal band highlights?

Yes, there you go! It’s that old chestnut again! Seriously though, just succeeding.  Whether they like us or hate us, they can’t say we never succeeded.

Being banged-up in that French jail all those years ago was pretty low.  But not for the obvious reason.  On the one hand, it was such a damn waste of time.  On the other, it was hugely significant in launching our career in Europe which was entirely non-existent at the time.  So it was both low and high.  I hope to have more to say about that in connection with a new project!

Outside the band, what are your hobbies? Do you still build furniture?

Yes.  I have only last week finished designing and building a unique staircase in my house.  It’s been a labour of love.  It only took 20 years!  Not so much the work, there was only 2/3 weeks of actual work involved but finding the time to do it and being in the mood at the same time, were obstacles.  Doing something like that, you do have to get it right, so it can’t be rushed anyway.

In the future, how would you like the band to be remembered?

Remembered? Now I haven’t been asked that one before! I guess if we are actually remembered, then that will do.

Thanks to Jet for taking the time out of his schedule to answer these questions.