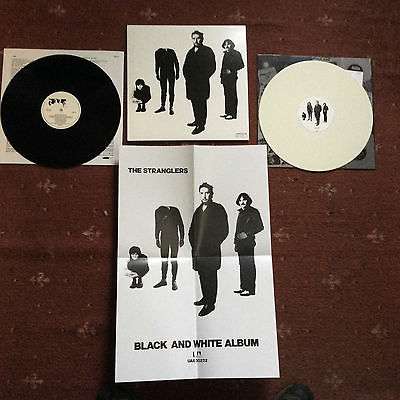 The third article in the memorabilia series focuses on 1978’s Black and White album.

In May 1978, the band released their eagerly anticipated third album Black and White which was a radical departure musically from their pair of albums the year before. There is a vast array of beautiful monochrome memorabilia relating to the album which can appear quite stark compared to the colourful items promoting Rattus and Heroes.

As with all photos in this series of articles, please click the thumbnail for a larger  image… 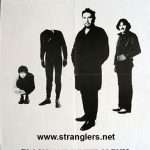 The album’s release was promoted in the UK 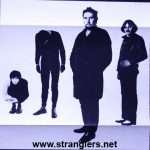 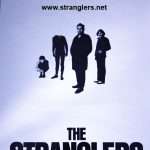 Across the Atlantic, the poster design for the band’s third release featured a large mention of the band’s name with the band image smaller. Possibly A&M were concerned that the general public wouldn’t recognise the band from the album cover.

Oddly, there is no mention of A&M’s ‘marbled’ vinyl sales gimmick for the album. The poster measures 36″ x 24″ and again features an A&M logo. 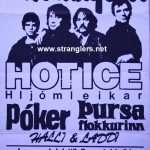 The press launch for B&W was in Iceland at the start of May ’78. Travelling with the band, a group of journalists and photographers were flown out to the bleak island for the junket.

Whilst there, along with their promotional duties, the band also played a single gig in Reykjavik. The poster for this legendary gig is printed on thick paper and it measures 22″ x 14″.

For the band’s Battersea show in September ’78, in addition to a barrage balloon which bore the band’s logo and a tank, a huge billboard display for the album dominated the day’s proceedings. Unlike the Heroes one, it’s unlikely that this display actually made it out onto billboards on the streets… 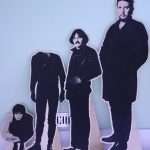 The album cover image was ideal for a shop display and the four distinctive figures were faithfully reproduced as cardboard cutouts, each with their own fold-out ‘foot’. Sadly, only a few of these sets seem to have survived. The JJ figure is 13″ high whilst Jet’s one is 39″.

A single set of life sized figures were also made and can be seen in the video for Walk On By. To this day, Jet still has his one… 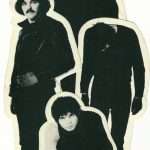 A set of four band member cut-out stickers were produced to promote the album’s release, featuring figures the same size as the album cover.

It’s now very hard to find complete sets of these stickers, for some strange reason the JJs always seem to be missing! 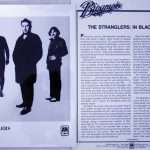 A variety of press material was produced around the world to promote the album’s release. Press items are available from the US (left), Germany and Japan amongst others. 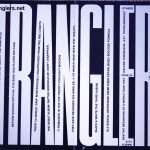 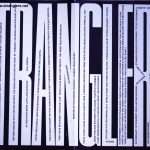 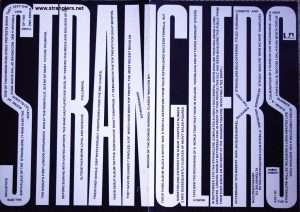 It is worth mentioning the series of A3 sized UK ‘STRANGLERS’ promo sheets produced by Alan Edwards’ Modern Publicity around the time. Each featured a brief snippet of information printed within the larger letters which spelt out the band name. Three are shown here, its unclear how many different variants were produced… 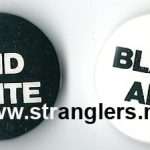 The album’s release heralded a pair of small 1″ badges featuring the title in part on either a black or white background and the corresponding word missing from the album’s title. A dopey bootlegger later made a set but couldn’t understand the point of the colours, hence ‘Black and’ on a black background and vice versa! D’oh! 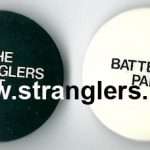 Also worth mentioning are a lovely pair of 1.25″ badges that were made specifically for the Battersea gig. Although the design is rather plain, this set are hard to find nowadays… 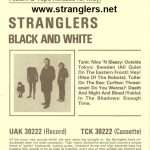 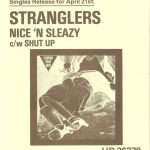 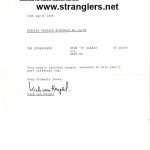 Release sheets were sent out for the album and both the singles from it. The Nice & Sleazy one is most interesting as the single’s cover shown features a different design with a larger image of the ‘Coming Your Way’ poster. Some also came with a brief letter from UA about the controversial sleeve design. 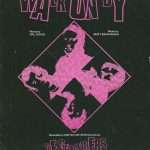 Strangely, sheet music seems to have only been produced for the band’s cover version of Walk On By and not for Nice and Sleazy. The WOB music features a different punky design to the single sleeve and, uniquely for this album, a splash of colour! Although pink is not normally associated with the band!

Next memorabilia feature- Live X Certs and The Raven 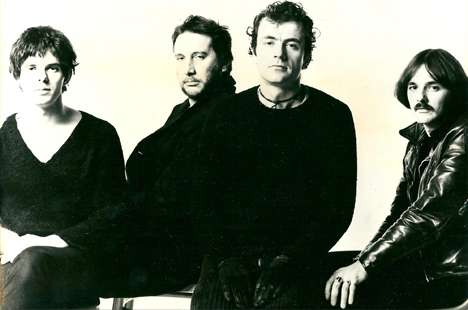