At long last we can bring fans in the U.S.A and Canada the news that they have been waiting for-The Men In Black are coming back to North America! The band are confirmed to play an nine date tour Stateside in late May/early June, their first visit to the US since 1997. The tour kicks off in Detroit on 30 May before heading into Canada for two more shows, then it’s back to the East coast for another five gigs and culminating in the previously announced Ink n Iron festival in Long Beach on 9th June. Full gig listing is shown on the left.

Baz has never visited North America with The Stranglers before, apart from a handful of Canadian gigs, so he is really excited about the tour: ‘I haven’t toured the U.S since my Toy Dolls days back in 1984 so I’m looking forward to it… The band haven’t been there for around 20 years so god knows what we’ll find. We’re well & truly up for it…’ JJ added: ‘The band are currently on a creative and performing high and are really up for a visit to both the US and Canada’. 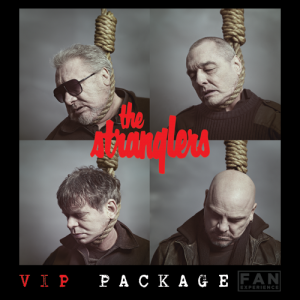 VIP packages are available for all dates from FanExperience here and include a ticket for the show, early entry to the venue, a meet & greet and photo opportuntity with the band, a signed copy of Giants, a tour poster, a special laminate and more… VIP packages are onsale now!

22 March update: General admission tickets for the shows are onsale now via the ticket links shown by each gig on the left. Both Chicago gigs have already sold out but some VIP packages are still available for them…

27 April update: The tour is only a month away! Mike Marlin has been confirmed as special guest on all NA dates. VIP packages are sold out for Toronto, New York and the first Chicago date…

22 May update: A week to go ’til the NA tour kicks off… Just a quick confirmation to all VIP ticket holders that an email should be with you in the next couple of days which will contain all details about your chosen package. VIP packages have now totally sold out for Toronto, New York and both Chicago gigs but some are still available for the other four dates.

30 May update: Statement from the management posted regards the Detroit gig:

The Detroit show for tonight has unfortunately had to be postponed until September. The band have been in Toronto since Tuesday awaiting vital work visa approvals from the US Embassy who have failed to meet the deadline to enable the Detroit show to proceed. The band’s visas were finally approved this morning and will be on their way to the band later today but it is with deep regret that they will arrive to late for the band to enter the US and perform tonight’s Detroit show. The band’s management have been in negotiations to try and add the show at the end of the tour but there is not the availability so the venue and band have decided to return to Detroit on the proposed second leg of the tour in September. We apologise to the fans who have bought tickets and VIP packages and have waited 20 years to see the band but this situation was completely out of our control. The band will continue the tour in Toronto tomorrow as planned and the rest of the tour will be unaffected.

5 June update: Baz has provided ‘postcard’ blogs from each of the gigs on the North American tour. Read his updates here

To coincide with the band’s North American dates, Fontana/INGrooves will be giving a long awaited US release to the band’s 17th album Giants on 28 May. In addition to the studio album, the package contains a bonus live CD recorded during the UK & European Giants tour in spring 2012. The Giants CD is available to pre-order here  As another bonus for fans Stateside, the single Mercury Rising, taken from Giants, is available to fans in the US as a free download here

2nd May update- The deluxe version of Giants with bonus live album is now available to order via iTunes in North America. Canada here and USA here 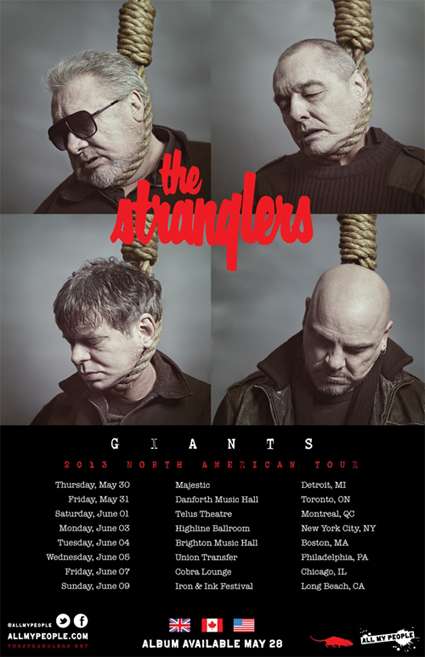