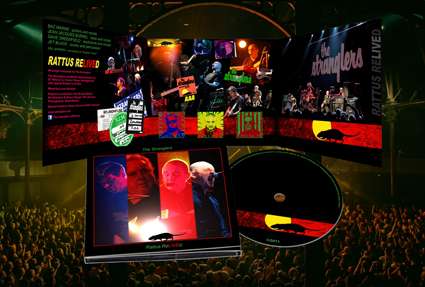 Following the recent vinyl release of Rattus Relived, due to numerous requests from fans, it has now

also been issued on a 20 track CD. The recording features the landmark 2007 Roundhouse gig which took place on the 30th anniversary of the band’s record-breaking 1977 five night run at the venue. The digipack CD also contains two bonus live tracks, Down In The Sewer and an acoustic version of English Towns and the sleeve artwork has been totally reworked from the vinyl release. The CD is currently only available from the merch stand on the UK/Irish tour but will be available soon from Townsend Music.