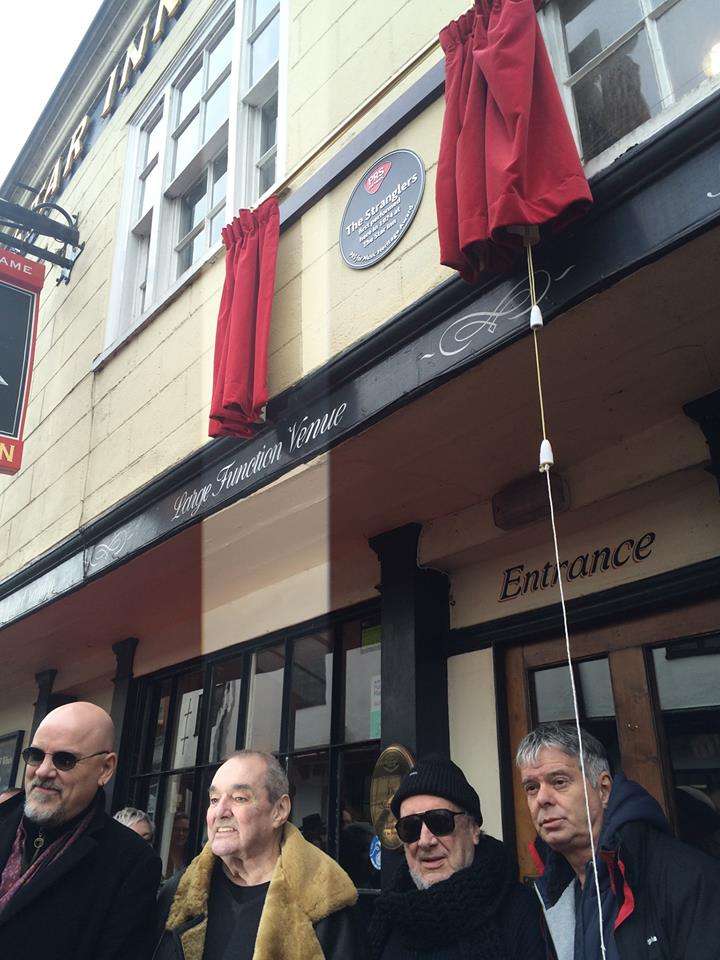 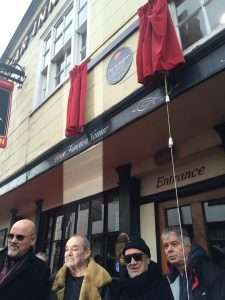 Back in the winter of 1974, a recently formed band played their first public gig at a pub which put on live music in their adopted hometown of Guildford. The band was The Stranglers, the pub was The Star and the date was 21st December 1974.

That was the beginning of an ongoing journey of live gigs lasting well over 40 years for the band. The Star had started as a live music venue for folk artists back in the 1950s and continues to host up & coming bands to this day… Sadly, that is now under threat after an office block behind the venue was bought up by a property developer to turn into flats, deciding that the live music would be off putting to perspective buyers and requesting that The Star’s live music licence be revoked. This has provoked uproar with the community in Guildford and has come to the attention of many bands who played there over the years, including The Stranglers.

Today, the Performing Rights Society (PRS) unveiled a Heritage Award plaque on the front of The Star to commemorate the band’s first gig there over 44 years ago. The band were all in attendance, including Jet, to witness the event along with the Mayor & Mayoress of Guildford, members of the press & the PRS itself and a small group of fans. Following the ceremony, and an intro by Jet, those assembled were treated to a short acoustic set by JJ and Baz featuring Dutch Moon, Where I Live and two tracks that were played all those years ago at their debut Strange Little Girl and Go Buddy Go. The event was covered by various newspapers and the eagle-eyed amongst you will have spotted features on both ITV and Channel 5 news as well. Hopefully, this event, as well as marking the band’s live debut, will bring some attention to the plight of The Star as a venue. As JJ shouted to the Mayor: ‘Save The Star!’ You can sign the petition here